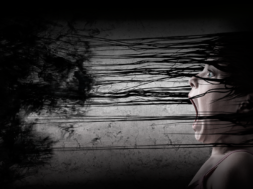 Halloween is finally here. To celebrate this joyous occasion we wanted to put together the top scariest VR games available today. While many people enjoy the immersive fun experiences in VR, the real thrill comes from the horror stories that can get your heart racing.

Resident Evil is one of the most beloved franchises in existence today and Capcom has made it possible to experience their latest game, Resident Evil 7: Biohazard on the PlayStationVR. When I was a kid, Resident Evil was one of the scariest games to play. And it still holds true today with their scary zombies and monsters that are ready to fiend on your body. While the narrative is a little different in this story, you will definitely have a thrill playing this game in VR.

There are more than 285,000 users worldwide who have played Resident Evil 7: Biohazard in VR. Make sure to experience why this game is so popular among the VR community.

The first Paranormal Activity movie was actually one of the most terrifying things I’ve ever seen. The movie resembled closer to a documentary which made it seem so realistic and scary. Now they’ve managed to make a VR game out of it which throttles the nerves a little bit.

The game itself allows you to move around the house and check out the various rooms full of…. stuff. You’ll be equipped with nothing but a flashlight and must face your terrors. If you’re looking for a scary VR game, this will be right up your alley.

From MAD Virtual Reality Studio is Araya, a first person horror game in VR. Players will get a new thrilling experience inside an abandoned Thai hospital where you will explore different areas in order to piece together the murder story of Araya. You will play out the story from 3 different character viewpoints.

The game is locomotion based and will allow you to roam around freely in the facility. Thsi title definitely will have you on your heels and will surely spook even the bravest people.

Obscura isn’t the traditional scary VR game and brings a refreshing new take where you try to hunt down evil souls with your cross and a camcorder. You’ll be facing a relentless and almost invisible entity that can only be seen through the camcorder which you wield on your right hand. Obscura will be testing your senses in the virtual world to track down the evil soul.

Another unique point about Obscura is that the story is fully randomized and unpredictable. Every new session will be new and refreshing. So if you are into scary VR experiences, Obscura might be up your ally. The game is available today on the Oculus Rift.

Do you have a fear of the deep blue sea? Well, good luck as Narcosis will pit you in the depths of the ocean where oxygen is the most valuable resource. You will be playing as a diver who falls deep into the sea due to an industrial accident at the work-site. The game will evoke fears that are relatable to real-life situations you would face if you became oxygen deprived.

You will face moments where you start feeling the despair that your character falls under due to claustrophobia, paranoia, and hallucination. Make sure to brace yourself as this game will surely terrify those that are scared of the unknown.

Let us know if you’ve ever tried out these scary VR games and what your favorites are.