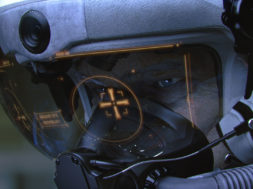 January has been an amazing month thus far with many fun surprises and new VR game releases. In 2019, we are looking forward to many new AAA VR titles including some upcoming announcements. But this week alone there were already some amazing new VR games. Let’s check them out!

Become an ace pilot and soar through photorealistic skies with full 360 degree movement down enemy aircraft and experience the thrill of engaging in realistic sorties! Aerial combat has never looked or felt better!

Lead your troops in explosive arcade action battles that rage across tabletop battlefields. Command your troops, set fiendish traps to surprise your enemy, bolster your defenses and wield powerful magic to destroy your opponent as you compete for power in the heavens.

This App is a VR batting simulator for kids who wants to improve their batting skills. The pitcher (right handed) will throwing balls into your 16 point pitch zone randomly so you can train your hand-eye coordination at home.