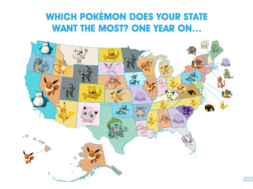 Pokemon Go is now officially one years old. In this short period of time, Niantic achieved so much bringing together tens of millions of fans around the world to embark on an expedition in catching Pokemon. Using augmented reality technology, players are able to travel the world and see Pokemon in various places.

While there were bumps and bruises down the road, Niantic has done their best to continually improve the immersive experience. Most recently, they’ve released a new gym and raid battle system that offers a refreshing type of gameplay for Pokemon Go trainers.

To celebrate this monumental 1 year anniversary, Decluttr has released a set of data showing which Pokemon were getting searched the most in each state around the U.S. and the data set was quite surprising. There’s been a trend around the states showing that users are starting to search for Gen 2 Pokemon over Gen 1 Pokemon.

Also, the most searched Pokemon around the U.S. is still Pikachu which shows the popularity for the franchise mascot. In second place was Eevee who offers a versatile choice with its evolution process. Compared to last year, the data set has changed quite drastically.

Below is the full list of Pokémon each state is searching for thus far in 2017 compared to 2016: 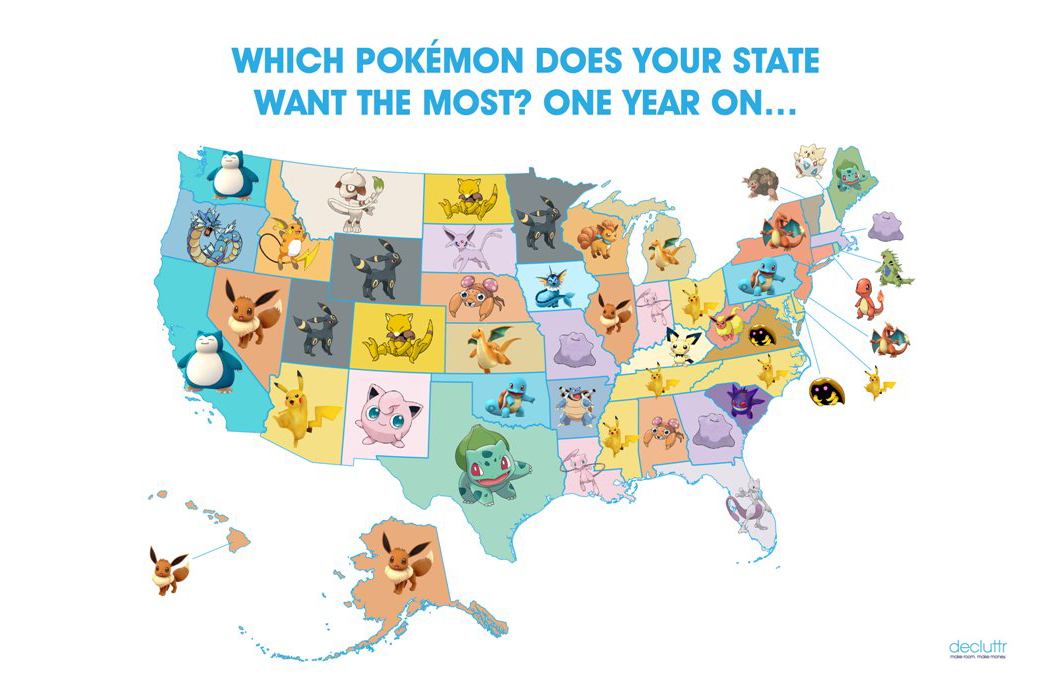 Make sure to go out and catch as many Pokemon as you can today for this wonderful 1 year anniversary of the game!

tags: abra decluttr eevee mew mewtwo niantic Pikachu pokemon go 1 year anniversary
previous This Short Film Depicts What The Future May Hold For Us With Mixed Reality
next This Video Might Convince You To Play Pavlov VR
Related Posts