Tomb Raider II: The Dagger Of Xian Now Playable In VR Thanks To Fan 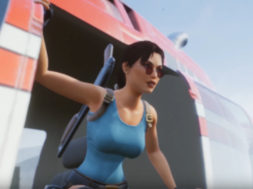 Tomb Raider II: The Dagger Of Xian Now Playable In VR Thanks To Fan

Fans around the world have been infatuated in the story of Lara Croft and Tomb Raider since back in the 90s when the first games were released in 3D. Through its success, Core Design and MacSoft were able to release sequels to the game such as Tomb Raider II: The Dagger Of Xian. While the graphics in the game were ahead of its time, it doesn’t quite meet the standards of present day time. So a fan by the name of Nicobass has remastered the game using the Unreal 4 engine.

In the process of recreating Tomb Raider II: The Dagger Of Xian, Nicobass was able to release a VR version of the game where players will be able to control Lara Croft in third person.

In the trailer above you can see the details that went into recreating the game. Every graphic detail looks enhanced and the world looks totally different versus the 1997 version of the game. Playing Tomb Raider II: The Dagger Of Xian in VR through the Oculus Rift and HTC Vive is also quite magical.

There’s never been a Tomb Raider game released for the virtual reality platform and this would make it the first time ever. While it is a fan-made game, it still represents the core identity behind the famous franchise. For those of you interested in trying out the game in VR, here are the minimum specs:

6GB free disk space (1.8 gb for the downloaded file and 4 gb for the uncompressed folder)

Any software able to open a .rar file (like Winrar)

If you can’t start it with all of these steps, try to launch it as administrator.

There’s been some complaints of motion sickness due to the camera orientation and rapid movement. Make sure to play cautiously when trying out this demo VR game.