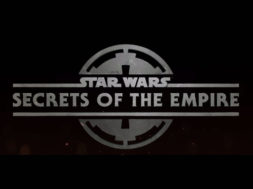 The VOID, ILMxLAB and Lucasfilm have just announced that tickets for Star Wars: Secrets of the Empire are now on sale at Disney Amusement parks in Anaheim and Orlando. The hyper reality experience is set to open at Disney Springs (Orlando) on December 16 and Downtown Disney (Anaheim) on January 5.

Star Wars: Secrets of the Empire will transport guests deep into the beloved Star Wars universe allowing them to walk freely and untethered throughout the multi-sensory experience with friends and family. In groups of four, teams will go undercover as Stormtroopers to capture Imperial intelligence vital to the budding rebellion’s survival.

“We are so excited about this magical collaboration between three boundary-pushing companies in the burgeoning out-of-home VR entertainment sector,” says Curtis Hickman, co-founder and chief creative officer at The VOID. “We can’t wait to share the experience of hyper-reality with everyone.”

“People have longed for a chance to step into the Star Wars universe and this incredible new hyper-reality experience will allow them to do just that in a totally unique way,” notes Vicki Dobbs Beck, executive in charge, ILMxLAB. “It’s a group experience that evokes the senses in bold new ways.”

This is the first collaboration between Disney and The VOID since joining the Disney Accelerator program earlier this year.