Home VR Games This Is What Unearthing Mars 2: The Ancient War In VR Is All About
VR Games
VR News
July 3, 2019 Griffin Streeter 0 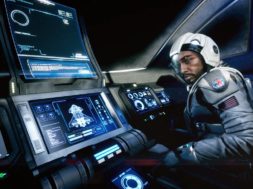 Space adventures and missions are always fun to play and explore. Light Studio has launched a VR title within the space sci-fi genre called Unearthing Mars 2: The Ancient War.

In Unearthing Mars 2: The Ancient War you will play the role of Deputy Commander in the ‘Unearthing Mars’ mission, trying to unravel the secrets hidden in the Phobos Fragment from the Ark Research Center’s closed-door study. Through the Ark Device, you will experience a war across outer space and return to the Earth and Mars of ancient times. You will then embark on a journey to discover the secrets of ancient Mars from the perspective of a high-ranking officer.

Each of the various fast-paced shooting stages features 6 or more guns to choose from. Special skills can be used at critical moments so that you can shuttle between enemies and take your time aiming at weak points to take out enemy generals. You can take advantage of being practically invincible to get familiar with the rhythms of attack. Remember, in-game bosses will constantly be testing your mastery of weapons and skills.

Unearthing Mars 2: The Ancient War is currently available for $9.99 on the Oculus Rift, HTC Vive, and Valve Index headsets.

tags: space vr game unearthing mars 2 the ancient war vr
previous #SkiJump Gets You Flying High In VR
next ROGAN: The Thief In The Castle Looks To Be A Very Interesting VR Game Experience
Related Posts