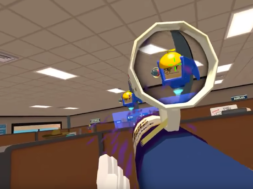 Gaming in the digital world sometimes just doesn’t make sense. You’ll find irrelevant characters and objects in games that just doesn’t belong. But this is what makes some games so cool. For example, GTA has an ability to mod and add characters that aren’t available in the original game. But developers create characters such as the Hulk and allow you to play the character in the GTA world. Recently, VR developer Zi Ye has achieved this result by inputting Overwatch into Job Simulator. And yeah… things got a little weird, which is amazing.

Zi Ye is one of the developers in charge of creating Adult Swim’s Rick and Morty game at Owlchemy Labs. Owlchemy Labs is the creator of Job Simulator so it makes sense that this fusion has occurred. In the video, you can see Zi inserting an Overwatch disc into the computer which starts the Overwatch VR simulation.

In the beginning you’ll find a stapler with the famous skull symbol that represents Reaper, an Overwatch character. Ye makes a photo copy of the stapler and dual wields the deadly item. He takes out one of his co-workers with the staplers. You can also see Ye use one of Reapers abilities where he teleports to another cubicle. From there, he grabs a Grape Juice and snipes a floating computer character representing Soldier 76. This is a representation of a character named Widow from Overwatch. Thereafter, you can see Ye grab a power strip and grapple to the other side, which is one of Widow’s signature abilities. When he arrives there, he blocks McCree’s ability with a freeze gun mimicking Mei. He also puts up an ice wall up to stop the enemy (one of Mei’s abilities). 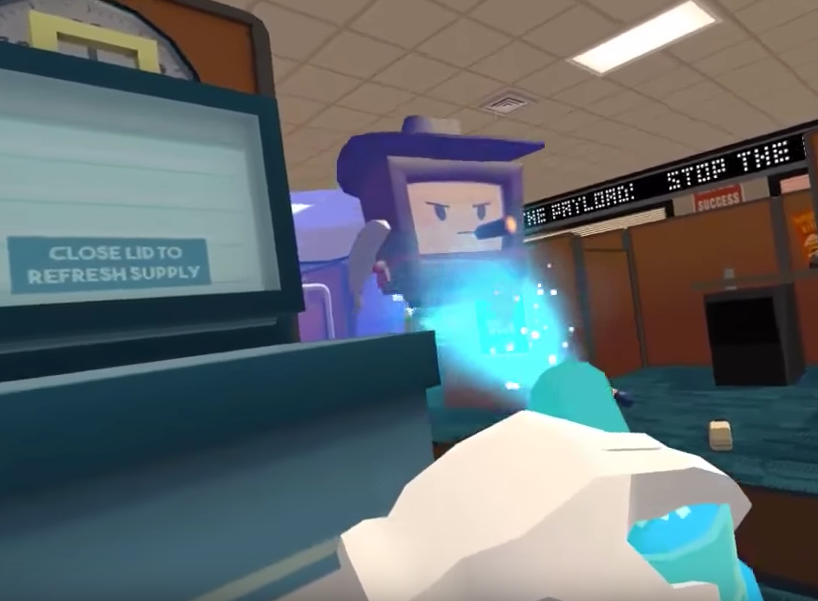 To end the video Ye shoots down Reinhardt with the Staplers to complete the simulation. While the simulation is irrelevant to Job Simulator, it definitely brings instant joy; especially for those familiar with the Overwatch game. Zi Ye stated that this was a “weekend VR hack experiment: Job Simulator meets Overwatch.” We hope to see Owlchemy Labs add an update where VR users can demo this wonderful Overwatch VR experience.