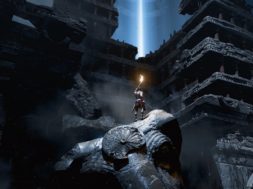 Throughout history, mankind has always been fascinated about the Greek Gods and the lore that comes with it. From the great Zeus, to the mighty Titans, we’ve heard the fascinating tales told over and over again. Authors have even taken up their pens to write their own versions of the Greek tragedies. But Forge Reply looks to advance a step further by telling their story through the VR space with Theseus.

In this particular VR game, you’ll be playing as the main character named Theseus who battles great monsters and challenging foe. You’ll be offered a new take on the great myths behind the Minotaur and the labyrinth. The game will first start you off as you awake from slumber. Stranded in a hostile and mysterious place, you must listen to a faint voice of Ariadne who will guide you in your journey.

Theseus will be played in third person and will offer a hero’s story that’s likable. “He is ‘only human’ while his enemy, besides being 33 feet tall, has otherworldly strength… and he is invulnerable,” said Sameuele Perseo, Producer at Forge Reply. “Theseus cannot just fight the Minotaur head-on: each encounter between the two poses a new challenge. It may be necessary to resort to stealth, or an ancient mechanism could be the key to escape death. The monster is blind, but his hearing and his smell are sharp. Moreover, the Minotaur can send his minions to stalk Theseus; in that case, there will be no other option but to fight.”

While many VR experiences today are shown in first person view, Forge Reply believes that third person view has many benefits.

“We have always wanted that you, the players, could live and feel the experience of these terrible odds,” said Perseo. “In this perspective, a third person view has a great potential, since it constantly puts you in front of the imbalance between Theseus and the Minotaur. We have achieved this also thanks to a mix of static and dynamic cameras, which we have designed specifically for VR. 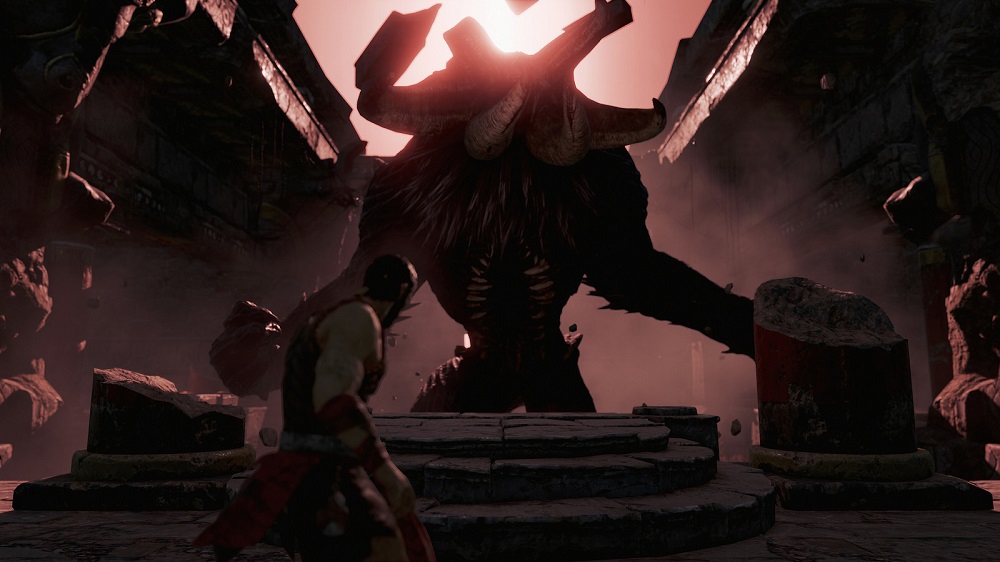 On the other hand, the third person view also has a considerable impact on the exploration of the environment. Our labyrinth is a desolate yet hostile place, sublime yet menacing, where danger lurks behind every corner. With your headset on you can roam massive halls, but you can also have the claustrophobic feeling of crawling in a ruined and damp tunnel.”

Theseus will be exclusive to PlayStation VR for now. There hasn’t been an announcement yet with a specified date. All we know is that it’ll be arriving sometime this summer. Be sure to stay tuned to find out more about Theseus.