Home VR News There Were No Decisions Made Today At The ZeniMax vs. Oculus Trial
VR News
January 30, 2017 SJ Kim 0

There Were No Decisions Made Today At The ZeniMax vs. Oculus Trial 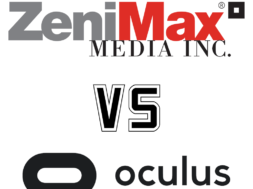 There Were No Decisions Made Today At The ZeniMax vs. Oculus Trial

Currently, ZeniMax is involved in an ongoing lawsuit against Oculus for allegedly stealing patents from the company. In our previous post, we covered how the two companies positioned themselves. ZeniMax is currently seeking $4 billion from Facebook owned Oculus, an upgrade from its previous $2 billion ask.

In attendance throughout the trial was Mark Zuckerberg, founder and CEO of Facebook, Palmer Luckey, founder of Oculus, John Carmack, CTO of Oculus, and Robert A. Altman, CEO of ZeniMax. They all provided their stances in regards to the allegations of John Carmack giving away sensitive documents to Palmer Luckey and company. ZeniMax believes that the damages caused by John was worth billions of dollars, granted that Facebook acquired Oculus for multiple billions of dollars.

The jury was supposed to decide today if Oculus owes any money to ZeniMax for the allegedly stolen patents and ideas that brought Oculus Rift to life. But no conclusions were made today as more time was needed. The deliberations will continue tomorrow until the lawsuit is settled.