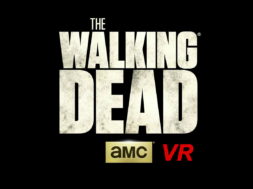 The Walking Dead is one of the most popular TV shows to debut on cable television. They garner the attention of millions of people around the world for every episode they release. And they will continue their vast viewership this Sunday with their season 7 premiere of the show. The last episode during season 6 have left fans with many questions. So this opening episode should bring in some record breaking numbers. But prior to the season premiere, The Walking Dead is releasing 360 VR experiences for fans to enjoy. They want to, “Test your survival instincts in a walker herd,” according to the producers.

The 360 VR experiences they’ve recorded for the show was directed by Greg Nicotero. This experience will allow fans to follow along on the dramatic journey of escaping from a herd of zombies. Unlike traditional viewing methods of TV, tablets and computers, this experience will have you more immersed with the use of VR headsets. You’ll have the freedom to turn and see in the direction you’d like. You’ll have a first person view of what it’s like to come face to face with a walker from the show that can heighten your senses.

The Walking Dead team hasn’t announced when exactly they’ll be releasing these 360 VR experiences but they’ve provided us with a glimpse of what’s to come. They also haven’t announced if any of the show’s characters will be included in these experiences but it’d be pretty neat to see them in 360.

The Walking Dead is now officially a show that has dedicated a portion of its journey in providing a VR experience for their fans. There are many other shows that have scheduled a release of a 360 VR experience so stay tuned to find out.