The VR and AR Markets Are Thriving 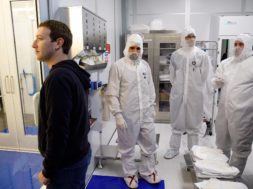 The VR and AR Markets Are Thriving

There’s no denying the fact that companies are still heavily vested in the world of VR and AR. Just this year alone we’ve seen large corporate entities acquire various VR and AR startup companies. According to Recode, Rothenberg Ventures, HTC/Vive X, and Facebook have acquired the most startup companies in the industry. 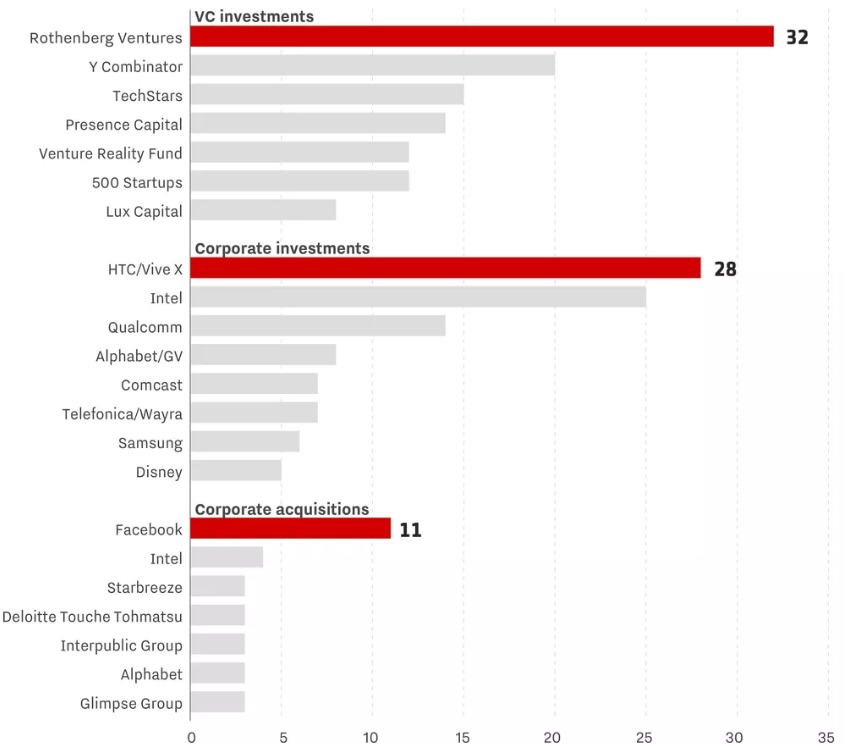 On top of those notable statistics, the virtual reality market is projected to approach $14 billion in 2017. In the near future, the market is forecasted to hit $143 billion by 2020, which is tremendous growth within the span of 3 years.

Most large tech companies have vested billions in the market believing in the power of virtual and augmented reality. The technology is positioned to be the next shift for the consumer market. To continue the growth and progress, companies such as Facebook (through Oculus) have listed many job openings in seeking the right minds to pioneer the VR and AR front. 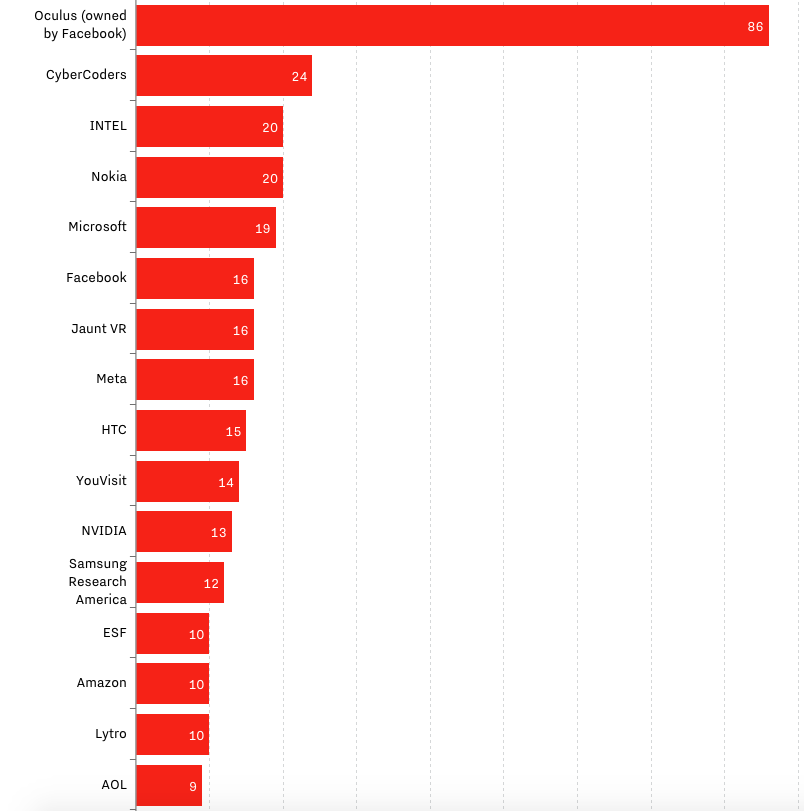 In the graph you can see Facebook leading the way with 86 available positions followed by CyberCoders,  Intel, Nokia, Microsoft, and more. These are statistics solely based on Linkedin. There are many more positions available through direct applications and websites.

While there may be floating reports stating that the VR and AR markets are dying, that doesn’t seem to be the case with the amount of jobs available in the market in addition to the money being vested into the industry.