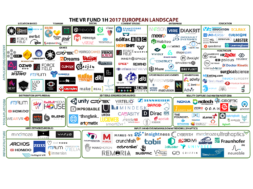 The Venture Reality Fund (“The VR Fund”), a global venture capital firm focused on early-stage investments in the augmented, virtual and mixed reality (AR/VR/MR) spaces, recently announced its second European VR landscape. The report, covering activity in the first half of this year, features dozens of companies developing infrastructure, tools, platforms and apps for the booming VR ecosystem. The landscape, created in partnership with the French VR and WebVR consulting and development agency LucidWeb, depicts growth in the ecosystem, increased investment and rising international impact.

The European VR landscape is based on extensive research, information gathered during meetings with regional VR ambassadors and through attending the top VR-focused conferences. The VR Fund and LucidWeb added 68 companies to the latest report, increasing the total number featured to 188.

“The VR industry continues to expand in Europe and next to the U.K. and France, Sweden has caught up in terms of the number of high-performing startups across the industry,” said Leen Segers, co-founder and CEO at LucidWeb. “For sub-industries in VR, as with the first version of the EU VR landscape published in early February, the number of companies focusing on user input, 3D tools and enterprise applications are growing quickly. Additionally, young startups in these verticals have easy access to capital, while mature companies in these spaces are more likely to go public or become acquired by major companies like Facebook, Microsoft and Starbreeze.” 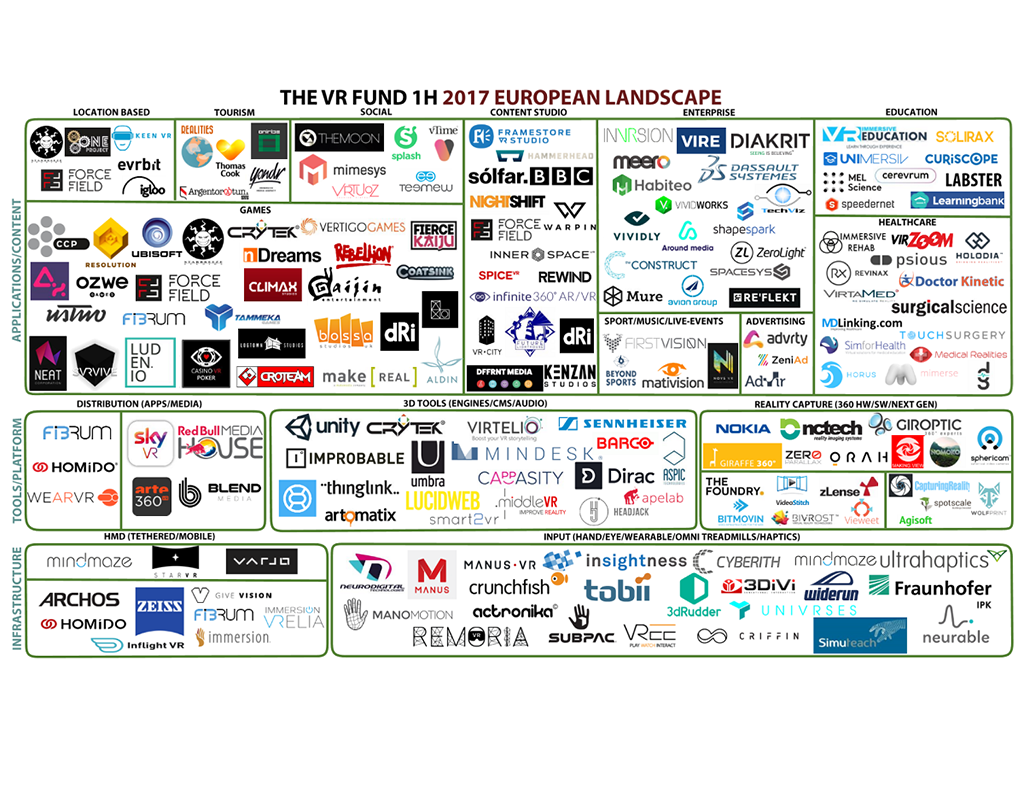 “We partnered with LucidWeb again for this landscape because of its invaluable insight into the European VR ecosystem and its strong database of VR startups,” said Tipatat Chennavasin, co-founder and general partner at The VR Fund. “This landscape shows the robust startup environment and we are excited about new innovations emerging from virtually every country in Europe.”

There’s no arguing that there’s tremendous growth in the VR industry right now. Many startups and studios today are aspiring to bring about change in this new frontier that’ll reorient how we perceive the technology. And to fund these new startups and ideas requires VCs such as The Venture Reality Fund to lead the way.