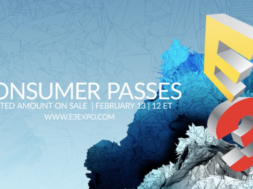 E3 has been the status quo for quite some time now in being the main expo for the video game industry. Many companies such as Microsoft and Sony have debut their latest developments at the popular conference in LA. E3 2017 will once again be hosted in Los Angeles, California on June 13-15. However, E3 will be a tad bit different this year by allowing the general public to attend the event.

The popular gaming industry conference was organized for media members and organizations as a hub for insight information. But E3 has a different agenda this year by allowing the general public to purchase tickets for the event. Every pass will cost $250. But if you purchase the early bird pass starting Monday, February 13th, it’ll only run you $150. E3 will be reserving 15,000 tickets for the general public to attend the expo.

E3 will also be releasing a new set of passes called the business pass. These passes are intended for business people interested in the industry such as analysts, lawyers, and etc. They’ll give you priority access into the LA Convention Center.

This will be a test-run year for the event organizers as they examine what types of revenues and business this year’s event generates. If you’ve ever been interested in attending E3, 2017 is the year for you. Purchase the Early Bird tickets to save some money.