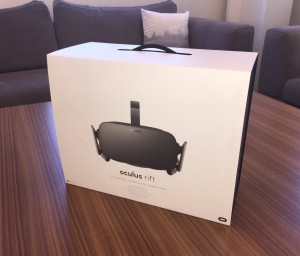 First Oculus Rift delivered personally to Alaska by the founder himself

The Oculus Rift is set to start shipping tomorrow March 28, 2016 to the masses. But the founder of the company, Palmer Luckey, thought it’d be best if the first Rift was hand delivered to its recipient who happens to be living in Alaska. So they flew him off to the northern state with the Oculus Rift in hand to a very lucky gentlemen named Ross Martin.

Palmer Luckey seemed to have enjoyed the trip of hand delivering the VR unit, especially with his recent tweet stating, “Hiking through Alaksa in the winter wearing flip flops was a mistake.” But he wanted the satisfaction of personally getting the first Rift to the right recipient.

He took some scenery pictures with his recent delivery trip to Alaska and it’ll definitely go down as a memorable one for Palmer Luckey and the Oculus team.