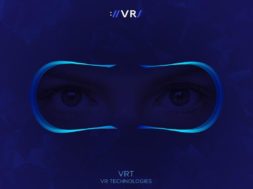 VR Technologies (VRT) is currently developing some of the most interesting VR solutions and platforms in the world. They’ve recently unveiled a unique tracking solution called “Full Body Tracking VR” which uses a very small number of sensors to accurately capture human body movements and transfer it into virtual reality.

On top of their cool technology, VRT is preparing to launch a blockchain platform that will unite VR developers from all over the world and give them access to technological solutions required to create their own products. Regular users will be able to visit parks with VR games and products created by various developers.

The Full Body Tracking VR technology is based on a reverse kinematics algorithm, and the accuracy of the transfer of human body movements is achieved through the use of active markers—VRT has been one of the first companies in the world to utilize this solution to the problem. Six active markers are enough for one player. The distinct feature of the technology is that the reverse kinematics algorithm traces the movement of not one, but several players at the same time. Moreover, the algorithm autonomously calculates the trajectory of limb movements and joint rotations consistent with human anatomy.

“We can simultaneously immerse an entire team into virtual reality and emulate any scenario—a complete illusion of falling from height, being in a spacecraft cabin or even zero gravity—by combining Full Body Tracking VR with a vertical wind tunnel. And all this is done with a maximum accuracy of movements, down to the millimeter,” said Konstantin Negachev, VRT’s CEO.

Based on the technology, VRT has developed a game called “Star Troopers,” which will be available to visitors of the Z8—a VR park. The game itself takes place in year 2130, where the objective is to maintain safety on colonized planets outside of our solar system.

“Our technology takes readings from the whole body—not just from the head, the hands, and the legs. Unlike other types of tracking, it doesn’t accumulate errors and is able to function under any lighting conditions. What’s more important, the system anticipates the movements of players—we’ve spent an enormous amount of time and captured thousands of possible movements. We have mastered the transfer of the movements of the whole body into virtual reality in order to be able to transfer anything into VR—from waltzing to military operations,” said Dmitry Livshin, the IT Director of the project. The company has spent about 20 million rubles ($342K) on the development of the technology.

One of the problems of VR is desynchronization with the vestibular apparatus of the player. The active markers technology guarantees that human body kinematics is transferred with maximum accuracy while maintaining a comfortable user experience. No other company in the world has been able to accomplish that.

What’s the purpose of the blockchain platform VRT World?

The VR market is actively growing. SuperData Research reports that the VR industry will be worth $4.9 billion by the end of 2017 with Dell Technologies predicting that it’ll reach $30 billion by 2020. But the market is poorly organized: players conduct disparate policies and pursue their own goals. As a result, the increasing demand for high-quality VR content has yet to be met. The lack of content is also caused by the time-intensiveness and complexity of its production that requires expensive equipment. 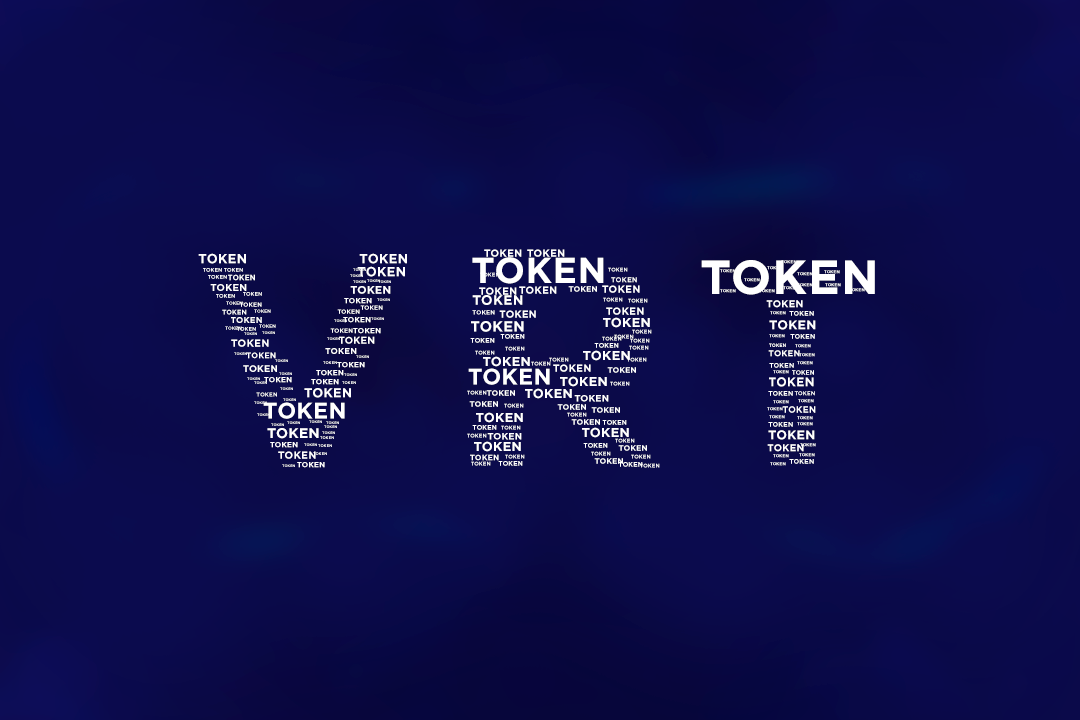 The blockchain platform will unite VR developers from all over the world by providing them SDK and API access to create their own products. Developers will be able to test and monetize their games at offline venues in different countries—the VR parks. Developers will also be able to monetize their projects by looking for customers in the internal marketplace of the ecosystem. Blockchain will guarantee an honest, transparent, and automatic distribution of funds and the protection of their intellectual property rights. Purchasing a piece of content will automatically generate a smart contract for license checks or royalty distribution. The platform will also have a support fund for promising developers.

From December 5 – December 15, 2017, VRT World will hold a preliminary round of its token sale in order to raise additional funds for the development of the project. The hard cap of this round is 3700 ETH. VRT World is planning to sell 100 million VRT tokens (ERC20 standard) at a price of 1 ETH per 500 tokens. Those investors who sign up for the “white list” before December 5 will receive a 10% discount. The main round of the token sale is scheduled for February 2018. The unsold tokens will be burned.

The Full Body Tracking VR technology is compatible with developers creating computer games, especially those creating co-op experiences. In December, VRT is opening its first VR park in Moscow. In it, VR fans will have access to a wide variety of VR products. In the future, the company is planning to develop a franchise system of VR parks in Europe and Asia. 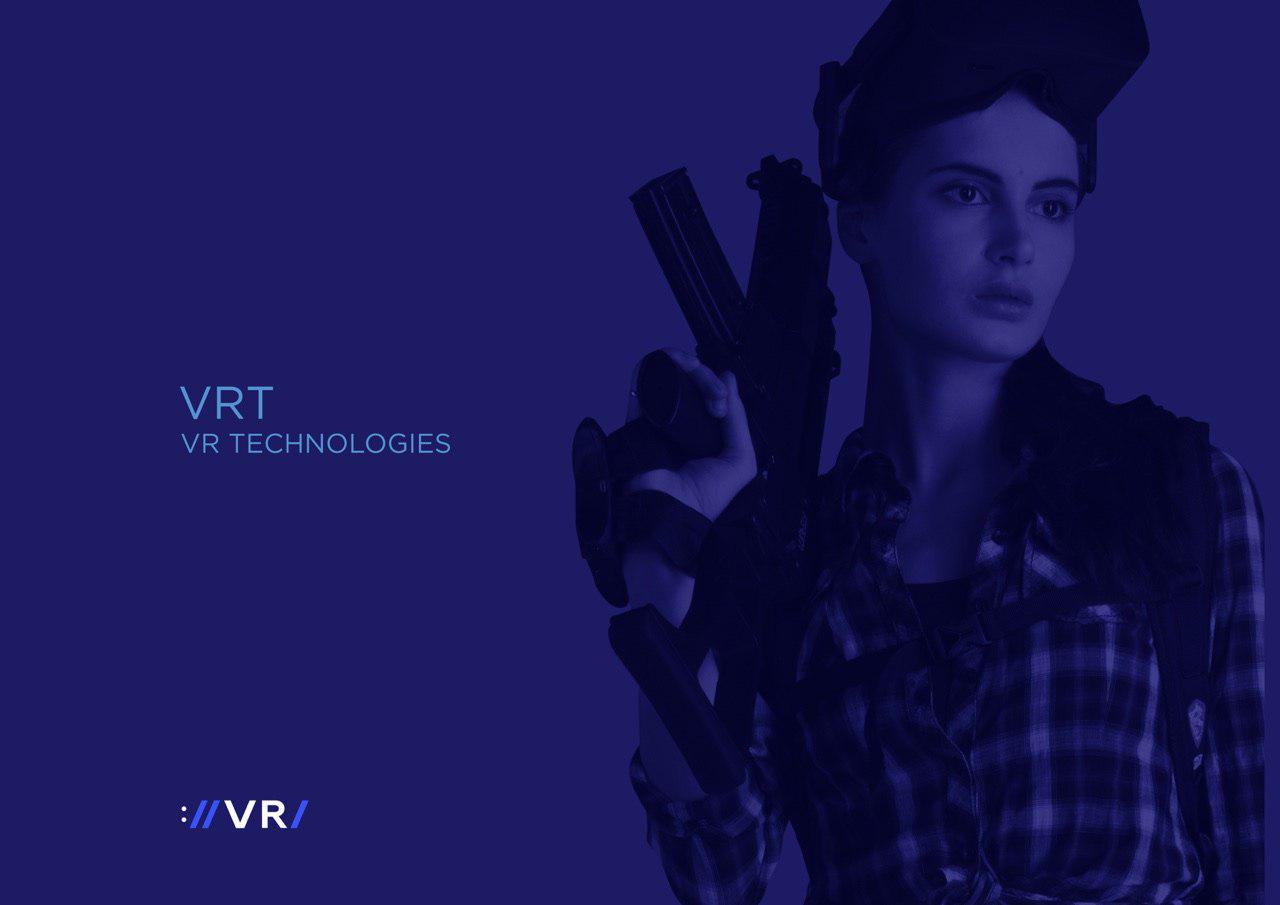 The ecosystem of VR parks will be of interest to cyber athletes, with professional and amateur tournaments organized for them. The prize pool distribution will be run by smart contracts.

A master franchise for the opening of 30 VR parks in Europe has been acquired by businessman Dmitry Bulgakov, the most prominent investor of the company. In total, VRT has already raised $250,000 for the development of the VRT blockchain platform.

CEO Konstantin Negachev is head of ILN Softlab, an expert on VR products, IT development, and franchising, and a tech commentator. Konstantin has successfully implemented four major international projects — Kudo Life, SmitApp, the London-based e-concierge service Soviet Millennials, and the Safer system. He was both the CEO and the COO of these projects.

The IT director of the project is Dmitry Livshin, who has launched the SmitApp service, the London-based e-concierge service Soviet Millennials, the Safer system, and many other complex IT projects. He has varied experience in the IT industry, where he has managed project developments for major investment and government funds. Dmitriy often receives consultation requests from IT startups, including emerging blockchain projects. Dmitry’s successful analytical work has allowed as many as twelve projects to enter the active phase of their development. He was one of the founders of the news and entertainment project GoRabbit.

The advisory board of the project consists of leading experts on blockchain, IT, VR, marketing, franchising, and game design: Eric Benz, managing director at Cryptopay, one of the largest bitcoin exchange and merchant systems in the EU and the UK; Marco Sacco, president of EuroVR, the European association of virtual and augmented reality; Francois Asseman, head of the European branch of OptiTrack; Dmitry Machikhin, a partner at the law firm GMT Legal, an expert on digital-, blockchain- and startup-related legal issues; Igor Vasiliadis, founder and CEO of Level 2 Consulting; Neema Teymory, an internationally recognized expert on the development of multiplayer games, high-load and fail-safe systems; and Daria Arefieva, a partner at the consulting firm TOKEN SALE and CEO of CryptoFriends.

The goal of the project is to overcome the lack of high-quality VR content in the current market by providing VR developers with technologies required for the creation of their own products, opportunities for the monetization of their projects, guarantees of a fair distribution of compensation, and the protection of intellectual property rights through the use of blockchain technologies. The platform includes tools for developers, the marketplace, the VR park system, and a community of users who are interested in VR, tech, games, investments, and crypto economics. To learn more about the structure and vision of VRT World, you can visit their site or read their project outline.