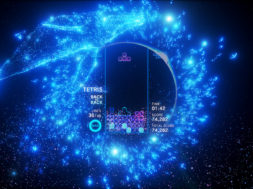 As promised by Sony, we have finally got the first of many VR announcements for some new upcoming games. PlayStation has announced a new title called Tetris Effect by Monstars and Enhance as a part of the lead up to E3.

Tetris Effect at its core is the classic puzzle game that you can play in virtual reality. The game will feature more than 30 stages in different fantastical worlds that reacts and evolves based on how you play the game. You’ll notice the background elements, audio, and special effects react to how you lay down the puzzle pieces.

The game will also feature various modes such as Marathon, Ultra, and Sprint that challenge you in different ways. The original mode of the game will feature “Zone” mechanic where players can stop time. This essentially stops all blocks from falling down. And by entering the “Zone” you will be able to manuever out of a potential game ending situation. You can also rack up extra lines to clear the level.