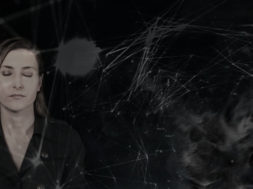 April is Sexual Assault Awareness month. It is also the month in which the Tribeca Film Festival takes place in NYC. In a fortuitous turn of events, this year, new VR interactive documentary sharing stories of sexual assault survivors will be premiering at Tribeca Film. Titled, TESTIMONY, the film’s goal is to shatter the silence and victim shaming so many people experience in the wake of sexual assault.

According to a recent press release, the documentary is inspired by the increasing media coverage of sexual assault in Hollywood as of late, such as “the Brock Turner case, Bill Cosby’s sexual assaults, and Billy O’Reilly’s harassment of women, three recent examples that have helped create the perfect storm of public outcry over sexual assault and issues around consent”

TESTIMONY is an interactive documentary that shares the stories of five survivors of sexual assault and their journey to healing. According to the creators, the story’s “non-linear narrative design offers viewers the freedom to either browse testimonies randomly or follow predetermined video trails. This technique allows the audience to make their own connections, resisting the fixed conclusions that are often a part of linear documentary filmmaking and turning the viewers into active participants. TESTIMONY is less about story “telling” and more about story discovery.”

This immersive film is co-created by Zohar Kfir and Selena Pinnell, who is a survivor of assault. TESTIMONY is designed to open further dialogue about assault, empower people to speak out against their assaulters, and inspire change and hope. TESTIMONY is an interactive investigation that aims to tackle the obstacles women and men still need to overcome in order to report assault and confront the legal system.

Tribeca Film Festival takes place from April 21-29. This is not the only VR experience that will premiere at the festival. Check out our exclusive interview on BeefeaterXO, another immersive experience that is up for the Tribeca X Award at the end of the month.