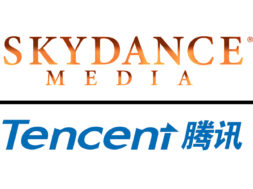 Skydance Media has announced that Tencent Holdings made a strategic investment into the media company. The investment is a part of a broader strategic partnership, which provides a global platform for project-level collaboration. This will allow Skydance to access Tencent’s expertise in Asia and gaming to further build out its presence in the Chinese market.

This newfound partnership will also allow Tencent to co-finance Skydance films, as well as to market, distribute and merchandise in China. Some of the films under Skydance Media includes Jack Reacher, Star Trek, Mission Impossible, Terminator, and even the upcoming film Annihilation featuring Natalie Portman.

Tencent will also have collaboration partnerships for other media initiative such as television and virtual reality. Skydance has recently launched their very own VR game called Archangel which made some headway in the VR world.

“We are thrilled and honored to be entering into a strategic partnership with Tencent, whose global reach and position within the Chinese marketplace is truly unmatched”, said David Ellison, Founder and Chief Executive Officer of Skydance Media. “Skydance has experienced a tremendous amount of growth since our inception in 2010, and we’re excited that our next phase of expansion will be in partnership with a company that shares our vision for where entertainment is heading.”

“Skydance is nurturing successful entertainment franchises, especially in the action and science fiction genres, which are particularly popular in China. We believe this partnership will support Skydance’s expansion internationally, across media and into television production, and provide Tencent with attractive content that we can share with China consumers.” said James Mitchell, Chief Strategy Officer at Tencent.