Teachers Will Be Using VR For Active Shooting Simulations 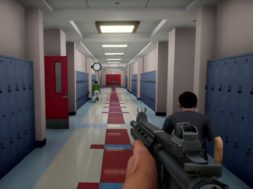 Teachers Will Be Using VR For Active Shooting Simulations

We know that virtual reality is being used in various areas and subjects to help see things in a more immersive way. For instance, doctors use the technology to train and help treat their patients. Companies like UPS use VR to help train their employees. Gamers use it to enhance the virtual experience. Now, teacher may have to use VR to simulate active shootings within schools.

The program is called EDGE, short for Enhanced Dynamic Geo-Social Environment which was developed by the US Army and Department of Homeland Security. They have invested $5.6 million into the program to train firefighters, police officers, and now teachers at public schools.

“The more experience you have, the better your chances of survival are,” said Tamara Griffith, chief engineer at EDGE to Gizmodo. “So this allows you to practice and have multiple experiences [and] know what works and what doesn’t work.”

The EDGE team has used the dispatch audio from the Virgina Tech shooting to help build out this active shooting simulation. This helped tailor the experience with accuracy and real life situations for teachers that might be facing a similar crisis.

It’s an awry feeling that we have come down to this in the United States. The active shooting VR simulation (EDGE) is still being tested and is set to release for free some time in the near future.