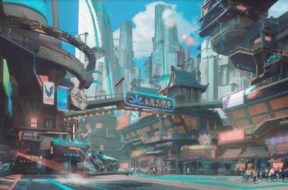 August 26, 2019 Griffin Streeter
0
The Kickstarter campaign for the highly controversial Zenith VR game has amassed over $167K in pledges reaching over 625% of its goal. As a result, the team over at Ramen VR has stated that it has become the “most succesful VR-tagged Kickstarter project. There is currently over 1,810 backers with an average pledge of around […]
Read more