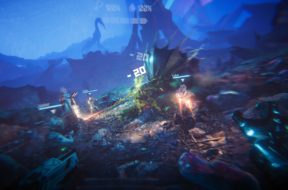 June 26, 2018 Griffin Streeter
0
While there’s been a lot of VR shooter games in recent year, we are excited to hear that Multiverse Inc. is bringing Seeking Dawn to HTC Vive and Oculus Rift. The company announced its plans to expand their reach and go cross-platform with plans to release the title on July 12th. They will be releasing […]
Read more