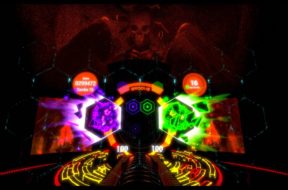 January 20, 2020 Griffin Streeter
0
One of the developers for BitCutter Studios has recently announced that Groove Gunner is nearing completion. Groove Gunner is a VR rhythm game where you blast targets and block bullets accurately timed to beats with matching visual effects, while playing through songs from a variety of musical artists and genres. On Reddit, the developer stated […]
Read more 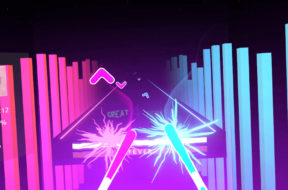 December 23, 2019 Griffin Streeter
0
VR rhythm games have been a hot commodity ever since Beat Saber took over the virtual reality community. There’s been many look alike games that have released since then and its been enjoyable as we see a lot of competition in the genre. And now, we are getting another VR rhythm game called Dancing Arrow: […]
Read more 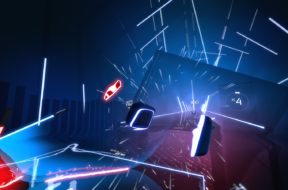 January 22, 2018 SJ Kim
0
Do you want to feel the force, like actually feel it? Well if you do Beat Saber might be the perfect choice in VR game. Recently, there’s been a video of Beat Saber that’s been going viral on the internet. In the VR game you’ll wield two lightsabers in your hands to smash the oncoming […]
Read more