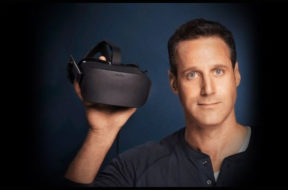 January 20, 2018 SJ Kim
0
With all the news coming out about next generation headsets, Oculus Go, and Santa Cruz, certain people felt as though that the team was paying less attention to the Rift. But that surely isn’t the case according to Jason Rubin, VP of Content at Oculus. In a tweet directed towards VRFocus and their recent article, […]
Read more