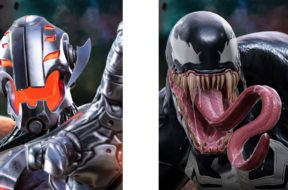 July 3, 2018 Griffin Streeter
0
Oculus finally made an announcement on the release date of the upcoming game Marvel Powers United VR. And while that itself was quite exciting, they also revealed that Venom and Ultron will be joining the list of heroes that you’ll be able to play. Venom The creature known as Venom is the convergence of two […]
Read more