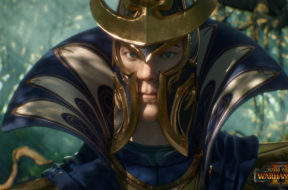 September 28, 2017 SJ Kim
0
Sega has announced today the release of Total War: Warhammer 2 for Windows PC. This is the second installment in the franchise where players can take a journey across the New World directly into the midst of battle. Total War: Warhammer 2‘s rich narrative, depth and variety of gameplay has already won critical acclaim and players around […]
Read more