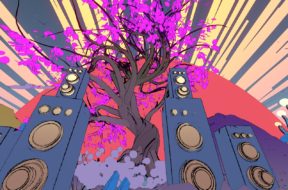 October 6, 2017 SJ Kim
0
TheWaveVR has announced that they’ll be collaborating with LA based producer TOKiMONSTA in releasing a special interactive version of her newest album, Lune Rouge, in VR. Through TheWaveVR’s social platform, users will be able to enter the virtual world and see this fantasy world come to life. Lune Rouge is TOKiMONSTA’s third full-length album, and […]
Read more