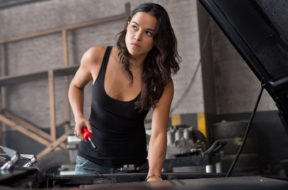 February 14, 2018 SJ Kim
2
Michelle Rodriguez, best known for her role in Fast and the Furious, will be starring in a new upcoming live-action VR series called The Limit. This new short-form series is created by the VR division a STX Entertainment and STXsurreal. It will be released through the company’s VR app. The Limit was written, directed, and […]
Read more