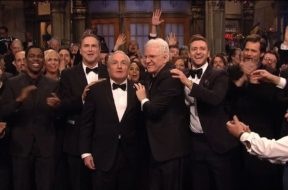 January 19, 2017 SJ Kim
0
SNL (Saturday Night Live) is one of the longest running TV shows on NBC being on air for more than 40 years now. The program has featured some of the most famous celebrities, politicians, and athletes in recent time. Anyone from Peyton Manning to President Barack Obama were featured on the show. They’ve also developed […]
Read more