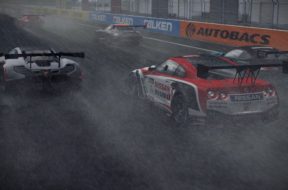 June 27, 2017 SJ Kim
0
Many racing fans and enthusiasts are waiting in anticipation for the upcoming game, Project Cars 2 in VR. Developed by Slightly Mad Studios, the game puts you in the cockpit of some of the fastest cars in the world. This sequel game to Project Cars will have vast improvements from the first generation of the game […]
Read more