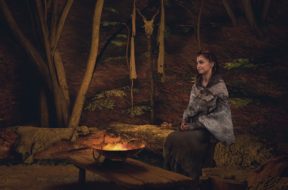 November 7, 2019 Griffin Streeter
0
Sky Atlantic and Sky VR has released a VR game based on their 2nd series called “Britannia VR: Out Of Your Mind.” This is an experience where you will enter an anarchic drama that follows the Roman army as they return to crush the Celtic heart of Britannia In the dramatic lead up you will […]
Read more