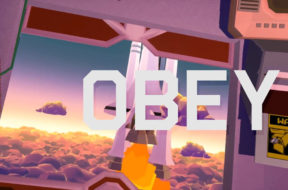 August 8, 2017 SJ Kim
0
ROCCAT Games Studio in partnership with Oculus has announced the world’s first VR space repairman simulator called Elevator… To The Moon! This upcoming title features an insanely immersive VR puzzle-based adventure game where users will find themselves in a secret underground facility, forced to build a moon elevator by the off-kilter, loudmouth President of the […]
Read more