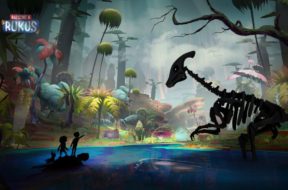 March 27, 2017 SJ Kim
0
There’s a lot of fascination going on within the virtual reality industry over digital animations. Companies such as Baobab Studios have formed a team of animators from the likes of Pixar and DreamWorks to release experimental short stories like Invasion! and Asteroids! in the immersive space. The Virtual Reality Company looks to do the same with […]
Read more