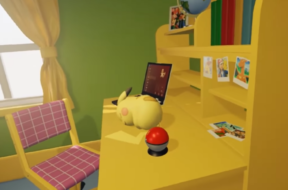 February 21, 2017 SJ Kim
0
Pokemon Blue and Pokemon Red was first released on February 27, 1996. This makes the game over 2 decades old, which is quite astounding since the franchise still holds massive popularity. Just last year the company launched Pokemon Go, which reached pike peaking numbers in terms of users and revenue. Pokemon Go was the first mobile gaming […]
Read more