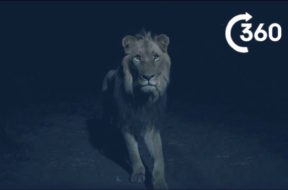 January 23, 2017 SJ Kim
0
BBC has been continuously releasing 360 VR video experiences from the hit show Planet Earth II. The most recent release is called Night Predators Of Africa 360 which takes you to the African Savannah during the night. In the experience you’ll be surrounded by predatory animals of the night including some big cats (lions and […]
Read more