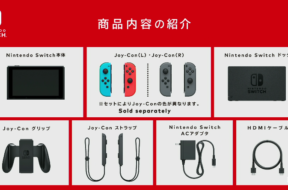 January 12, 2017 SJ Kim
0
During the Livestream event, Nintendo has announced that the Switch will indeed be available for $300 on March 3, 2017. Similar to the cost of the Wii U at launch, they look to tackle the competition at that cost including PS4 and Xbox One. #NintendoSwitch will be available for $299.99. pic.twitter.com/Dwgduo0sT7 — Nintendo of America […]
Read more