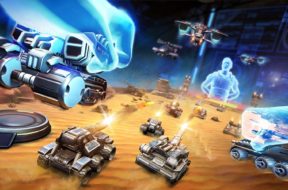 November 14, 2017 SJ Kim
0
PlayStation has recently unveiled a new game that has made its way over to the PSVR called League of War: VR Arena. This is a futuristic table top VR board game where players must deploy their armies to defeat the opponents. Players will be matched up against opponents in a 1 vs. 1 scenario where […]
Read more