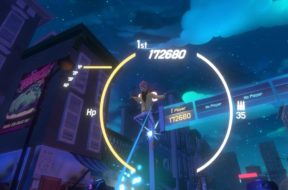 January 7, 2020 Griffin Streeter
0
Stoic Entertainment has recently launched a new VR title called Zombie Busters VR which has a new take on the undead. Instead of it being terrifying or grotesque, these cartoonish zombies are a little easier to look at. But don’t be fooled, they will come at you hard unlike other zombie games. In the game […]
Read more 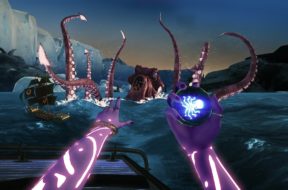 September 10, 2019 Griffin Streeter
0
Survios – creators of Raw Data and Creed: Rise to Glory – have finally launched their next big VR game called Battlewake after the buildup this year. Battlewake is a piate adventure VR game where four ancient, super-powered Pirate Lords fightfor ultimate dominion. you will be controlling a massive battleship where you will navigate the […]
Read more 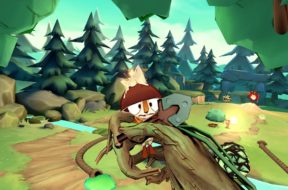 August 29, 2019 Griffin Streeter
0
Resolution Games, the studio behind Angry Birds VR: Isle of Pigs has finally launched their next big IP called Acron: Attack of the Squirrels in VR. Acron is a cross-platform VR party game that is both competitive and cooperative. Resolution states that this will be the “first multiplayer party game to combine VR and mobile […]
Read more