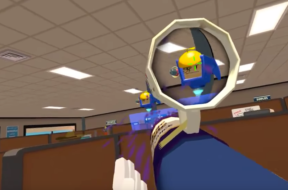 February 28, 2017 SJ Kim
0
Gaming in the digital world sometimes just doesn’t make sense. You’ll find irrelevant characters and objects in games that just doesn’t belong. But this is what makes some games so cool. For example, GTA has an ability to mod and add characters that aren’t available in the original game. But developers create characters such as the […]
Read more