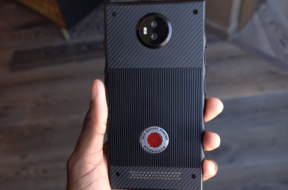 January 23, 2018 SJ Kim
0
Last year in a surprising fashion, RED announced that they’ll be releasing their own smartphone called the Red Hydrogen One. If you know RED, they never do things at a basic level. Rather, they like to turn the dial to the max and provide the most absurd and over the top products that is unmatched […]
Read more 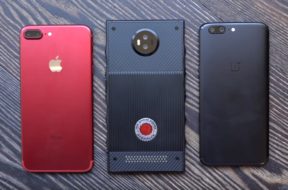 September 8, 2017 SJ Kim
0
RED Cameras has recently announced that they’ll be releasing a holographic phone called Hydrogen One that’s able to generate an augmented reality display without the use of a HMD. While not much has been known about the display itself, it has finally been uncovered that the upcoming Hydrogen phone will use Leia Inc.’s technology to power […]
Read more

August 2, 2017 SJ Kim
0
Jim Jannard, founder of Oakley and RED Digital Cinema recently announced that they’ll be releasing the first holographic smart phone called the Hydrogen One. According to RED, the Hydrogen One is “The world’s first holographic media machine, in your pocket, no glasses, needed.” The product is a completely standalone multi-band smartphone operating on Android OS. They describe […]
Read more 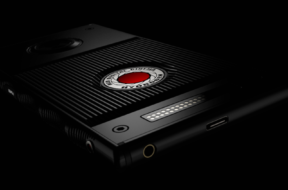 July 7, 2017 SJ Kim
0
Jim Jannard, who’s the founder of Oakley and RED Digital Cinema, is one of the most successful entrepreneurs of all time. He’s transformed many industries with his sports apparel company and the very high-end cameras that everyone seems to be using. Today, he’s looking to tackle the VR, AR, and MR industry with a special product […]
Read more