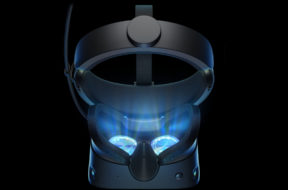 March 25, 2019 Griffin Streeter
0
Just a little while ago Oculus announced a new upcoming HMD called the Oculus Rift S. It features some new upgrades that have not previously been seen on the original Oculus Rift CV1 including inside-out tracking. However, the founder of Oculus, Palmer Luckey, recently stated that only 70% of people would be able to use […]
Read more