Review: Stormland Brings The Meaning Of Open World To VR 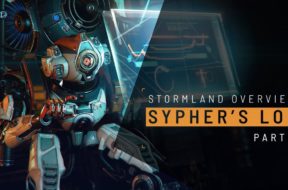 October 23, 2019 Griffin Streeter
0
Stormland is set to make the big buzz around the community with its officiale release date set for Novemeber 14th. If you haven’t heard about the upcoming AAA VR game you can get more information here. For those that are familiar, there’s been some new key insight information released. Sypher’s log In the video above […]
Read more 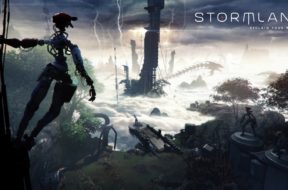 August 24, 2018 Griffin Streeter
0
By now you have probably heard of the new upcoming title called Stormland by Insomniac games and Oculus Studios which will be a new exclusive title for Oculus. While we’ve seen the trailer itself, Oculus has just released the first look of the gameplay footage. Stormland storyline In Stormland, you’re an android gardener on a […]
Read more

June 7, 2018 SJ Kim
0
Insomniac Games has recently teased us about an upcoming open world VR game that they are currently working on and now we finally have more information. The new VR game is titled Stormworld. Presented by Insomniac Games and Oculus Studios, Stormland is an action‐adventure game that brings the structure of first-person open‐world exploration to virtual […]
Read more 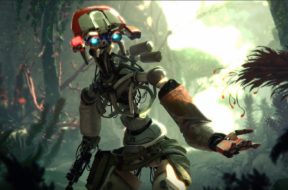 May 31, 2018 Griffin Streeter
0
Insomniac Games has been at the forefront in the VR space for the past few years. They’ve released a highly competitive VR title called The Unspoken which pits you up against other players in a PvP match. The game is currently a part of VR Challenger League hosted by Oculus, Intel, and ESL. And while […]
Read more

June 17, 2017 SJ Kim
0
Yesterday, Oculus announced a huge summer sale that’ll run from today to July 5th where we’ll be seeing some awesome discounts and new VR titles. To celebrate this kickoff, Oculus announced today some awesome deals. For 24 hours only, Oculus is marking down Arizona Sunshine from $39.99 to $27.99 on their store. For those of […]
Read more 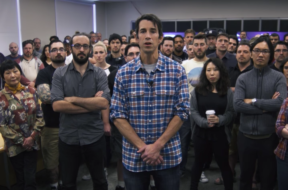 January 31, 2017 SJ Kim
0
Insomniac has built notoriety for creating many hit titles throughout recent time with games such as Spyro the Dragon, Ratchet and Clank, and Edge of Nowhere (VR game). The company has created a foundation for people to experience joy and a sense of adventure through their storytelling. And Insomniac CEO, Ted Price, believes that the […]
Read more