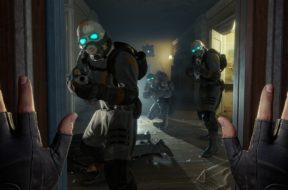 November 21, 2019 Griffin Streeter
0
One of the most hyped up franchise games Half Life will be heading to virtual reality. Announced by Valve, the new upcoming VR title will be called Half-Life: Alyx and here is what you need to know. Valve has recently launched a new VR HMD called the Index which provides some of the most intricate […]
Read more