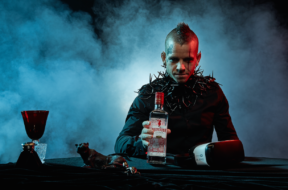 April 6, 2017 Alexandra Sedor
0
BeefeaterXO, a VR branded campaign and story, is the first-ever VR piece nominated for the Tribeca X Award. The award recognizes the “Best in Branded Storytelling” at the intersection of Advertising and Entertainment. New York City’s Tribeca Film Festival will take place on April 24 of this year. The campaign was produced and created by Future Lighthouse with […]
Read more