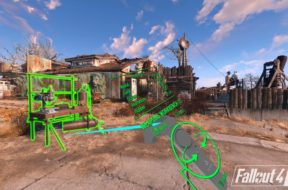 June 11, 2017 SJ Kim
1
Bethesda has just announced that Fallout 4 VR will be released this October on the HTC Vive.   Experience Fallout 4’s massive world like you never imagined. #Fallout4VR arrives on @htcvive this October. #BE3 pic.twitter.com/4wH0L75w0Z — Bethesda Softworks (@bethesda) June 12, 2017 This confirms that the company has been close to release of the re-worked […]
Read more