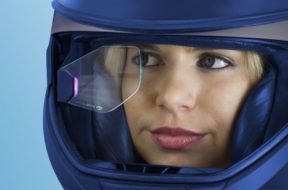 January 19, 2017 SJ Kim
0
Augmented reality is gaining a lot of traction lately for its digital overlay in the physical world. DigiLens, which specializes in creating AR technology has just announced the closing of a $22 million Series B round led by strategic partners such as Sony, Foxconn, Continental and Panasonic. Other venture investors included Alsop Louie Partners, Bold […]
Read more