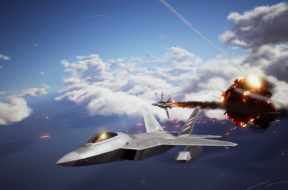 January 10, 2019 Griffin Streeter
0
UPDATE (1/11/19): While Ace Combat will feature multiplayer mode, it may not be the case that it will be available on “VR Mode.” We apologize for the confusion. Ace Combat has always been a thrilling franchise where you take to the skies and rumble with enemy combatants in your fighter jet. Now, Ace Combat 7: […]
Read more 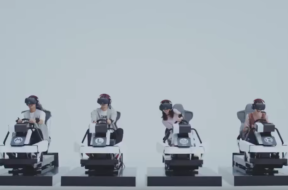 September 28, 2018 Griffin Streeter
0
HTC has announced that they’ll be partnering up with Bandai Namco to bring the VR Zone Portal to the United States. This will include the highly anticipated Mario Kart VR game. We’ve seen plenty of videos of users getting to experience what Mario Kart VR is like overseas but people in the states will finally […]
Read more

August 2, 2018 Griffin Streeter
1
Bandai Namco has launched many exclusive VR titles over the past year. This includes Mario Kart Arcade GP VR on the HTC Vive. And while only customers who attended the VR Zone Arcade in Shinjuku, Tokyo got to enjoy the experience, Bandai Namco looks to expand their footprint by bringing the VR title over to […]
Read more 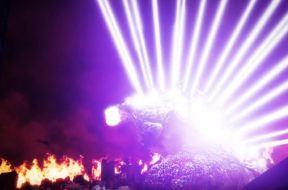 July 23, 2018 Griffin Streeter
0
Godzilla seems to be the recent craze as the famous monster has taken over media. During this year’s San Diego Comic-Con (SDCC), we got to see the new trailer to Godzilla: King of the Monsters. We also recently got the release of the animated Godzilla movie on Netflix. Now, Godzilla seems to be coming to […]
Read more 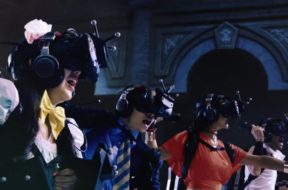 July 10, 2018 Griffin Streeter
0
Square Enix in partnership with Bandai Namco and VICON have announced a new immersive experience called Dragon Quest VR. First opened to the public on April 27th, at the VR Zone in Shinjuku, players take on the role of a warrior, priest or mage, with each class of character capable of attacks using handheld controllers. Wearing a […]
Read more 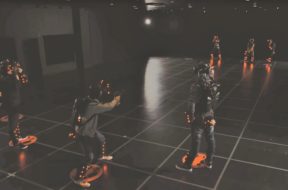 November 21, 2017 SJ Kim
0
Bandai Namco has announced a new PVP VR arcade game called Ghost in the Shell: Arise Stealth Hounds. This new experience will pit up to 8 players inside a large dedicated 20m x 12m arena. Users will be equipped with a VR headset (looks to be an HTC Vive headset of some kind) and PC […]
Read more 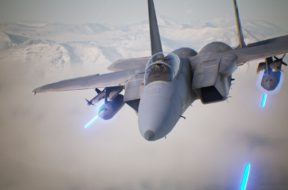 October 31, 2017 SJ Kim
0
Ace Combat has been one of those special franchises where you take to the skies inside the cockpit of a fighter jet. Bandai Namco has delivered many iterations of the flight simulator over the years and now has reached its 7th installment called Ace Combat 7 Skies Unknown. This upcoming title features a special VR element where you get to […]
Read more

January 23, 2017 SJ Kim
0
Bandai Namco is a famous game publisher known for creating classics such as Pac-Man and Dark Souls. Since their merger back in 2005, they’ve combined forces to make amazing content and storytelling. Every favorable year Bandai Namco puts together awesome events to showcase their upcoming games. And at this years Taipei Game Show, they gave […]
Read more