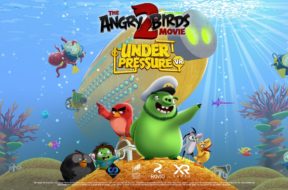 September 6, 2019 Griffin Streeter
0
Sony Pictures in partnership with Rovio Entertainment and XR games announced earlier this year that they will be releasing a follow up VR game for the famous franchise. Now the day has come and they have finally released The Angry Birds Movie 2 VR: Under Pressure game. Their first VR game Isle of Pigs was […]
Read more