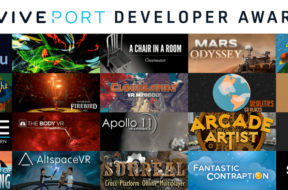 September 13, 2016 SJ Kim
1
Playstation VR looks to come action packed with 17 Demo Games in North America. With the announcement of its release in the next month, Playstation wants to provide you with some astounding and exclusive titles that’ll enthrall you to purchase their headset. Below is the list of VR games you’ll be able to demo, some being […]
Read more