Study Says Netflix VR Is The Most Used VR App 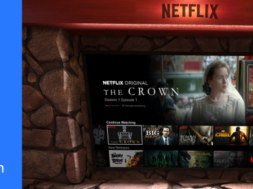 Study Says Netflix VR Is The Most Used VR App

Virtual reality is a rapidly growing technology that’s currently got the consumer market in a bubble. We see it used daily for VR gaming, experiences, videos, and more. But according to studies conducted by Magid and VR/AR Insights Consortium, they say that the most used VR app in the U.S. is Netflix VR.

According to their tallies from 2,000 consumers, they state that 22% of VR users have watched Netflix VR. Second in line was Minecraft VR with 20% and third was NBA/NFL with 19%.

The VR/AR Consortium, which also includes Turner, Warner Bros. and The VR Society, have released further insights about the current market:

The study and results are quite promising as majority of people who have tried on a VR headset would recommend the technology to their friends and family members. It also shows that people who have tried VR experiences believe that it will change the way we view video content in the future. Immersive content is a powerful thing as it allows users to be more engaged and vest more quality time with the experience.

Netflix VR is currently available on Google Daydream and Oculus Home for the Samsung Gear VR.