Home VR News Steven Spielberg Is About To Break His Way Into The VR World
VR News
March 16, 2017 SJ Kim 0 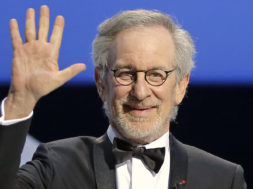 In the recent years, we’ve been seeing the Hollywood industry prancing around the topic of virtual reality with many authoritative figures believing it to be the next medium in film making. One of those believers is the iconic director, Steven Spielberg. Famous for his films such as Jurassic Park, E.T., Jaws, and Saving Private Ryan, Spielberg has a firm grasp on what it takes to create a captivating story.

The Guardian got a chance to hear Spielberg talk about his thoughts on virtual reality where he mentions that, “We’re moving into a dangerous medium with virtual reality.” The reason why believes this to be true is because it gives the viewers, “A lot of latitude not to take direction from the storytellers but make their own choices of where to look.” While this sounds like a compelling reason for the director to stay away from the new medium, Spielberg mentioned that he’s actually working on a ‘family-oriented’ VR project.

By teaming up with The Virtual Reality Company, Spielberg will be creating a compelling and immersive story in the virtual world. The company has raised $23 million in funding for the VR studio to release virtual reality experiences such as The Martian VR Experience. Steven Spielberg will be one of the first major directors to release a VR project next to Jon Favreau who recently released Gnomes & Goblins.